Mr. Wang Hai, was born in Beijing, holds a Master degree in Business Administration from Tsinghua University and holds the title of senior accountant. Mr. Wang has engaged in finance-related work since July 1992 and has 29 years of experience in finance field. From July 1992 to October 1999, he served as cadre of business department, cadre, staff member, senior staff member and principal staff member of capital planning department in Beijing branch of Agricultural Bank of China. From October 1999 to March 2007, he served as cadre and deputy director of capital operation division, deputy director of operation planning division and director of capital planning division of the finance department of China Great Wall Asset Management Co., Ltd. (“GWAMCC”). From March 2007 to November 2010, he served as Party member, leader of the significant project team, deputy general manager and secretary of the commission for discipline inspection in Shenyang branch of GWAMCC. From November 2010 to January 2014, he served as deputy general manager of significant project department, deputy general manager of mergers and acquisitions department in GWAMCC. From January 2014 to June 2021, he served as general manager, chairman of the board and Party secretary of Great Wall (Tianjin) Equity Investment Fund Management Co., Ltd.* (長城(天津)股權投資基金管理有限責任公司). From October 2011 to December 2014, he served as chairman of the board of Hunan Tianyi Science and Technology Co., Ltd. (stock code: 000908) (now known as Hunan Jingfeng Pharmaceutical Co., Ltd., a company listed in the Shenzhen Stock Exchange). Since June 2021, Mr. Wang has served as general manager and director of China Great Wall AMC (International) Holdings Company Limited. 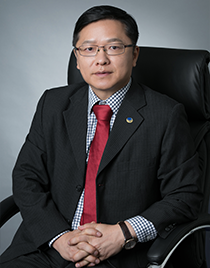 Dr. Song Ming was appointed as an independent non-executive Director, the chairman of the Remuneration Committee, a member of the Audit Committee and a member of the Nomination Committee of the Company on 5 November 2016. Dr. Song graduated from Zhejiang University in July 1982 with a bachelor degree in applied mathematics. Dr. Song obtained his master degree in applied mathematics from Huazhong University of Science and Technology (formerly known as Huazhong Institute of Technology), and was awarded a doctorate by Ohio State University. He has over 27 years of experience in the research of bank regulation and management, financial market, derivatives and macroeconomics. Between 1991 and 1997, Dr. Song was the associate professor and assistant professor at the department of economics, Cleveland State University. From 1997 to 2018, Dr. Song was employed by the school of economics and finance of the University of Hong Kong, and he was a professor, the director of Centre for China Financial Research and the associate director of the Institute for China and Global Development at the University of Hong Kong. He is currently the Dean of the Economics and Management School of Wuhan University and the vice chairman of the Chinese Financial Association of Hong Kong. Dr. Song has been heavily involved in various academic conferences, researches and consultation projects. Dr. Song is currently an independent non-executive director of Wuzhou International Holdings Limited (stock code: 1369), The United Laboratories International Holdings Limited (stock code: 3933) and Guotai Junan International Holdings Limited (stock code: 1788), all of which are listed on the Main Board of the Hong Kong Stock Exchange. In addition, Dr. Song is also an independent director of Tande Co., Ltd. (stock code: 600665), a company listed on the Shanghai Stock Exchange.

Dr. Sun Mingchun was appointed as an independent non-executive Director, a member of the Remuneration Committee and a member of the Nomination Committee of the Company on 5 November 2016. He is the Chief Economist of Haitong International Securities Group Limited (stock code: 665), a company listed on the Main Board of the Hong Kong Stock Exchange, since November 2019. During the period from October 2014 to October 2019, Dr. Sun served as the chairman and chief investment officer of Deepwater Capital Limited. Prior to joining Deepwater Capital Limited, Dr. Sun held the positions as the senior partner and chief economist at China Broad Capital Co., Limited, the managing director, head of China research and chief Greater China economist at Daiwa Capital Markets Hong Kong Limited, the chief China economist, head of China equity research and managing director at Nomura International (Hong Kong) Limited and the senior China economist, vice president at Lehman Brothers Asia Limited. During the period from July 1993 to August 1999, Dr. Sun was also an economist of the State Administration of Foreign Exchange of the People’s Republic of China. Dr. Sun is currently the vice chairman of the Chinese Financial Association of Hong Kong and a member of the China Finance 40 Forum. He is also a guest professor of the Finance EMBA program of Shanghai Advanced Institute of Finance, the School of Economics of Fudan University and the PBC School of Finance of Tsinghua University, and the honorary institute fellow of The Asia-Pacific Institute of Business of The Chinese University of Hong Kong. Dr. Sun received a bachelor’s degree in international economics from Fudan University in July 1993. He also obtained a master’s degree in engineering economic systems and operations research and a doctoral degree in management science and engineering from Stanford University in June 2001 and June 2006, respectively. Dr. Sun is an independent non-executive director of HJ Capital (International) Holdings Company Limited (stock code: 982) and Weimob Inc. (stock code: 2013), both are listed on the Main Board of the Hong Kong Stock Exchange.

Ms. Liu Yan was appointed as an independent nonexecutive Director and the chairlady of the Audit Committee of the Company on 26 November 2018. Ms. Liu obtained a Bachelor degree in Economics from Central University of Finance and Economics in 1992 and a Master degree in Business Administration from University of Rochester in 2005. She is a member of Chinese Institute of Certified Public Accountants (CICPA) and passed all three levels for Chartered Financial Analyst (CFA) Program. Ms. Liu has over 20 years of experience in auditing, financial management, taxation and fund management. From 1992 to 1994, Ms. Liu worked at Brilliance Group Holdings Limited in Shanghai. From 1994 to 2001, she worked at PricewaterhouseCoopers in Guangzhou. From 2005 to 2007, she worked at the Global Financial Risk Management Department at Barclays Capital in New York City. From 2007 to 2010, Ms. Liu served as vice president at Angelo Gordon Asia Limited. From 2010 to 2015, she served as managing director of Investment Management Department and Fund Management Department at China Everbright Limited (Hong Kong). From November 2016 to September 2018, Ms. Liu served as an independent nonexecutive director of U Banquet Group Holding Limited (stock code: 1483), a company listed on the Hong Kong Stock Exchange. She is currently an independent non-executive director of Tai United Holdings Limited (stock code: 718) and Haitong International Securities Group Limited (stock code: 665), both of which are listed on the Main Board of the Hong Kong Stock Exchange. 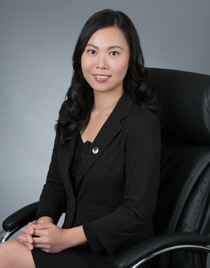 Ms. Zheng Yuanyuan was appointed as the Deputy General Manager of the Company with effect from 15 March 2019. She was the company secretary of the Company from 31 October 2016 to 11 October 2019 and acted as head of the legal department of the Company from the same date to June 2018. Ms. Zheng has extensive experience in handling large investment and transaction projects. She passed the National Judicial Examination of the PRC and obtained the Legal Profession Qualification Certificate in 2002. She acquired bar qualification in the New York State of the United States in 2008 and qualified as a practicing solicitor in Hong Kong in 2015. After obtaining a Master degree in Common Law from the University of Pennsylvania in the United States, Ms. Zheng worked in the Hong Kong office of Baker & McKenzie from 2007 to 2015, and served as special counsel prior to her resignation. From December 2015 to June 2018, Ms. Zheng served as co-head of the legal department of China Great Wall AMC (International) Holdings Company Limited and acted as the Chief Administrative Officer of the general affairs department of China Great Wall AMC (International) Holdings Company Limited from June 2018 to March 2019.

Mr. Zou Laiying, aged 44, graduated from Zhongnan University of Economics and Law in 2000 with a bachelor degree in Finance and was awarded a master degree in Financial Management from Newcastle Business School in the United Kingdom in 2011. He is a Certified Public Accountant of the People’s Republic of China and holds the qualification of Professional Risk Manager designated by the Professional Risk Managers’ International Association. Mr. Zou has extensive experience in financial analysis, risk management and audit. From July 2000 to July 2002, he served as an office staff in Qingdao branch of Bank of Communications Co., Ltd.. From July 2002 to July 2006, he worked at Shandong Huide Certified Public Accountants as an auditor. From July 2006 to August 2009, he served as a finance manager in the Bank of East Asia (China) Limited. From May 2011 to January 2012, he served as the manager of the financing department of China Universal Leasing Co., Ltd.. From January 2012 to September 2015, he served as the senior manager of Beijing Enterprises Group Company Limited. From October 2015 to December 2018, he served as the head of compliance division of compliance and risk department of China Great Wall Asset Management Co. Ltd (“GWAMCC”). Since January 2019, Mr. Zou has served as the deputy senior manager of finance management division of financial planning department of GWAMCC. He has served as the head of finance department of China Great Wall AMC (International) Holdings Company Limited since September 2021.